Print
On the rolling fescue-covered hills of eastern Missouri, just a few miles off the Mississippi River, the Karl family works hard to raise quality cattle.

The fourth-generation family farm is owned and operated by brothers Davey and Ronnie Karl and Ronnie’s son, Ryan. All three work off the farm full-time, but spend just as much time in the evenings, weekends and time off caring for their cattle and the land as they do working their day jobs.

“I tell everybody, once I’m back from my town job, I’m out until dark 30…seven days a week,” says Davey. “We all stick together until the work gets done.”

Davey and Ronnie’s grandfather started Karl Farms near Weingarten, Missouri. Their father later maintained the business with just a few beef cows for many years. Then, nearly 40 years ago, as teenagers, the brothers wanted to have a herd of their own and bought two cows from a neighbor and subsequently bought heifers from their father.

“We bought those two pet cows and continued to grow through the years to more than 300 cows now,” says Ronnie.

Throughout those 40 years of growth, Davey and Ronnie grew their herd of commercial Angus, Simmental and Hereford-influenced cows by raising quality replacements and making timely purchases when neighbors were scaling back. Davey says they’ve been fortunate to lease pastures within five miles of the original family farm to help keep the business close to home.

“If you treat a person right, word gets out,” says Davey. “We take care of our rented land like it’s ours.”

Having a few different times each year to market calves has let Karl Farms implement different marketing strategies. In the early days, Davey and Ronnie sold calves at various local sale barns in their region.
“We’ve always given our calves two rounds of shots off of the cow and weaned them for 60 days. But, we didn’t have a way to verify our work,” says Ronnie.

About 20 years ago, a value-added program became regionally available. It lasted for a few years, and then the local support for the program went away, so Karl Farms was back to square one.

“We had to go back to playing the market with whichever sale barn we thought would have better results,” says Ronnie.

The Karl family attributes this change to the guidance of their local sales representative, Tod Wideman with Purina® dealer Gateway FS, Inc.

In 2012, Purina® Stress Care® 5 supplement was just being rolled out. Wideman thought the new starter feed would make a real difference versus the commodity blend feed Karl Farms traditionally fed when weaning calves.

“We’re from the Show-Me State. We’ve got to see this to believe it. And man, we were tickled to death with the results,” says Davey.

Calves have always been weaned in drylots at Karl Farms. The family updated their main pens with pipe fencing and inline concrete feed bunks two years ago. Cows can still get fenceline access to calves during the early days of weaning to help limit stress. A new processing barn with a tub and squeeze chute has also been a pleasant convenience when working calves.

“It’s nice to have all the calves in one bunch where you can take care of them and keep an eye on them rather than keeping them at the separate rental farms,” says Ryan.

Even selling without a value-added program to back up their production practices, Karl Farms built a reputation for quality calves.

“Despite not finishing a lot of their cattle out, they still want the next guy to have a good product,” says Wideman. “And they have a really good reputation.”

Karl Farms routinely marketed their heifers to other local farmers through private treaty sales as replacement females and still do today. Still, the sale results for steers and non-replacement heifers weren’t what the family thought they could be.

In 2015, Wideman began a pilot project with Gateway FS, Inc. to market calves fed Purina® starter feeds through a value-added program. One of the first farms to get involved was Karl Farms.
“We jumped on board, and we’ve been selling high ever since,” says Ryan. “We’ve had nothing but a good experience with it.”

This pilot project would one day become the Purina® Plus value-added program, which nationally rolled out in 2021 and is one of the first programs of its kind to marry industry-leading nutrition and health protocols.

“Back when we marketed them ourselves, we always did good,” says Ronnie. “But with the Purina® Plus program, it just went from beyond good to excellent. There’s just no comparison.”

Something the Karl family believes sets Purina® Plus apart from the value-added program they previously used is the support of their local Purina® dealer.

“The best thing about going to these programs is when you’ve got a guy like Tod, he’s right there for you,” says Ryan. “Our experience has been nothing but excellent. Even marketing. Tod goes above and beyond to help market those Purina® Plus calves.”

When asked if they plan to continue marketing calves with Purina® Plus, Davey says, “That’s a big Y-E-S. Yes. Yes. Yes.”

Visit purinamills.com/purinaplus to learn more about Purina® Plus. 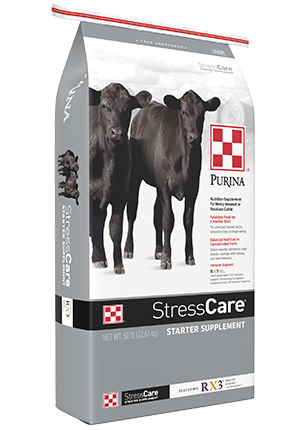 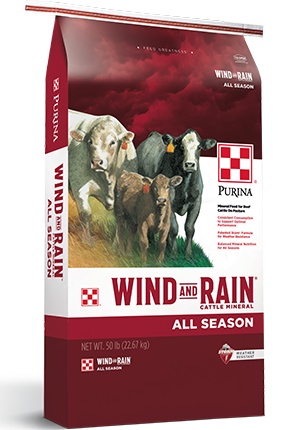