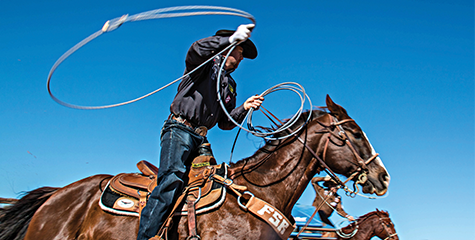 Jake Long grew up throwing a rope in Coffeyville, Kansas. The team roper started in junior high and purchased his pro card in 2003. In his professional career, Jake has earned over $1.1 million and qualified for the Wrangler National Finals Rodeo six times. In 2016, he stood 3rd in the world, earning $225,091 for the year.

Jake has a wife, Tasha, and two girls, Haven and Haizlee.