Baker divides management of the yearling bull into the following three periods:

The goal of this two-month period is to ensure the yearling bull is physically fit and of adequate size to breed cows. Nutrition plays a key role in meeting this goal. Most yearling bulls are developed on a ration that promotes a high rate of gain, usually in excess of three pounds per day. At the start of breeding season, a yearling bull should be gaining 2 to 2.5 pounds per day. The new bull's ration must change to support the desired growth rate.

Adjust yearling bulls to a new ration slowly by decreasing the grain portion of the ration by 10 percent every other day until the desired level is met. A rapid drop in nutrition can impair the bull's libido and fertility. Ideally, this period of adjustment will last at least 60 days before the breeding season begins. A yearly bull should eat about 2.2 percent of its body weight in dry matter each day.

In addition to adequate nutrition, yearling bulls should be allowed plenty of space. Place water, minerals and/or feed at different locations to encourage exercise.

A properly conditioned bull will be at a body condition score of 6.0 when turned out with the cows. Bulls should weigh at least 1,100 pounds at turn-out.

The goal of this two to three-month period is to maintain adequate growth rate and body condition while breeding the optimum number of cows.

Throughout the breeding season, the yearling bull should continue to gain 2 to 2.5 pounds per day. Hand feeding the bull 10 to 22 pounds grain (14% CP) each day will support this growth rate.

Proper bull-to-female ratio is influenced by pasture size, terrain and forage availability. Bull factors, such as libido, fertility, sperm reserve, social behavior and physical condition also are important. The accepted rule of thumb is that a bull can breed one cow per month of age.

During the first breeding season with a yearling bull, observe the herd at least daily to determine if the bull is following, mounting and servicing cows in heat. Note cows being bred and see if they are coming back into heat 21 days later.

The goal of this seven to eight month period is to replace the weight lost the bull experienced during the breeding season and to add weight so they will reach 65 percent to 75 percent of their mature weight by their second birthday. 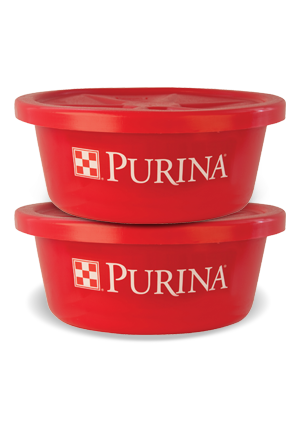 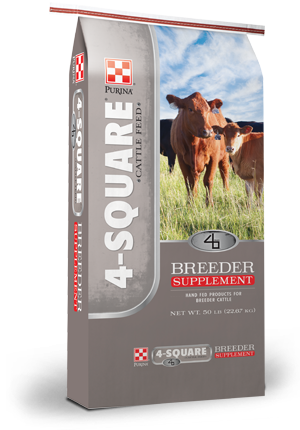