How to Start Creep Feeding Your Calves

Crude protein tends to drop to low levels in forages, particularly native grasses, after they have matured or gone dormant during the fall and winter.

When forages drop below 5% crude protein, consider delivering extra nutrients to calves. Creep feeding is a great way to not only meet a calf’s nutritional needs, but it can pay dividends down the road.

You can introduce creep feed to calves at an early age. However, a calf’s rumen isn’t capable of breaking down feed until it’s 2 months old.

Assuming a 30-day weaning period, creep feeding calves at 3-4 months old gives them about 80-120 days on feed prior to weaning. Exposure to creep feed helps ease stress of weaning calves by priming them to start eating right away.

Creep-fed calves that experience less weaning-time stress often have optimized health and weaning weights compared to calves not creep-fed. Even a short period of creep feeding, like 30 days before weaning calves, can reduce weaning stress because the calves are familiar with feed.1,2,3

Introducing energy into calf diets at an earlier age can enhance their beef quality. Having starch in the diet earlier initiates adipose deposition (marbling) in the longissimus dorsi (middle meats).

Consider the cost of gain relative to calf prices. Depending on the cattle market, some years might work better than others.

Look at current feed and calf prices, and if calves can gain weight in a cost-effective manner, you should move forward with creep feeding.

Some years, the additional pounds creep feeding added before weaning calves outweighs the cost to implement.

Creep feeding is sometimes avoided due to fear of overconsumption, which can cause loose stool or bloat in extreme cases.

Self-limiting technology prevents calves from overindulging on high-energy creep feed. The technology also can make the ration more cost effective by maximizing feed efficiency. Ideally, calves will consume 1% of their body weight per day of a self-limiting creep feed.

You can keep calves on Purina RangeLand® Calf Creep or transition them onto other feeds like Accuration® Cattle Limiter, Accu-Creep or Range Supplement 33 mixed with corn, before weaning. Then, start calves on a self-limiting creep feed once weights average 350 pounds and feed intake is around 3.5-4 pounds. Continue with free-choice creep feed access until weaning calves.

2 Moriel P. 2017. Nutrition at early stages of life determines the future growth and reproductive performance of beef calves. University of Florida Extension. AN335. 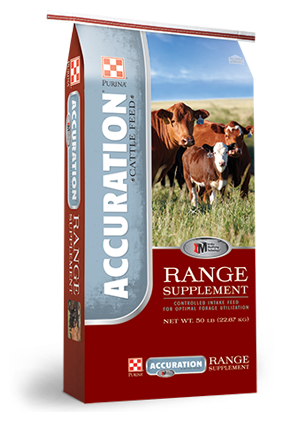 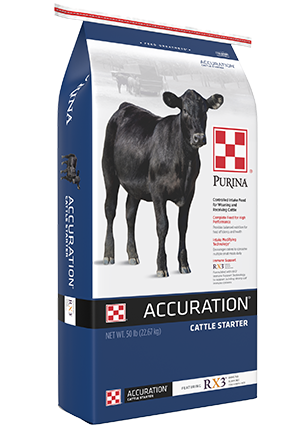 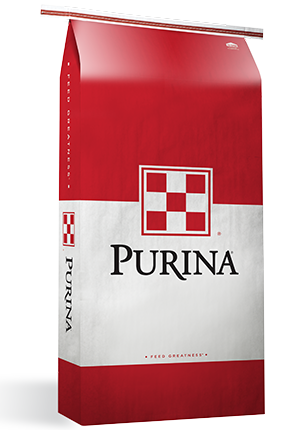