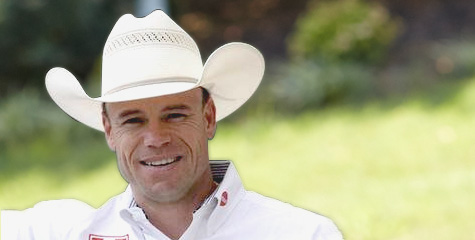 National Cutting Horse Association Hall of Fame rider, Matt Gaines, has climbed his way to the top of the industry. Matt has earned over seven million dollars to date, ranking him second in all-time NCHA money earners. After success as a non-pro, Matt became a professional rider. Some of his wins include his first Open win in 2001, marking a 231on Sunettes Dually in the Super Stakes Derby, Champion of the Super Stakes Derby in 2005 on One Time Pepto, road two horses awarded NCHA Horse of the year, Little Pepto Gal and Smooth as a Cat, and is now a leader in the Open World Standings on Special Nu Baby.

Matt lives in Weatherford with his wife and children on their family ranch. Matt’s father is former NCHA President Dick Gaines who is the only person to be inducted into the NCA Members, Riders, and Non Pro Hall of Fame.

Learn more about Matt at www.cuttinghorsecentral.com