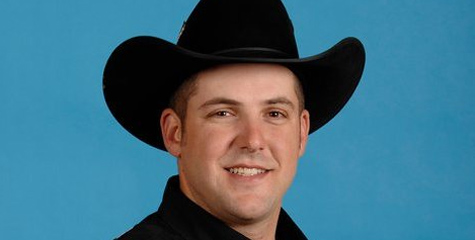 Luke is from Los Alamos, California. He joined the Professional Rodeo Cowboys Association in 2000. That year, Luke won PRCA Overall and Steer Wrestling Rookie of the Year. Since, he has won five world titles, over 2.4 million in PRCA earnings, qualified for the Wrangler National Finals Rodeo 14 times and won the WNFR average three times. Additionally, he has won Tour Finale titles twice and qualified 13 times. If you don't recognize his name, you'd likely recognize his dance moves. After each successful run in the arena, Luke woos the crowd with a quick happy dance that involves shaking his rear for the audience.

"I like to mix the Omolene 500 with Equine Senior Active. The Omolene provides the energy that my horses need through the whole rodeo. I like to complement it with Senior Active, it gives a little more of the Amplify nuggets, plus the prebiotic that will keep their immune system up and running. With all the hauling and different venues we go to, a healthy immune system is very important. The vitamins and mineral sthat each feed has is a big plus as well. Healthy horses mean they will work their hardest to get me to the pay window."