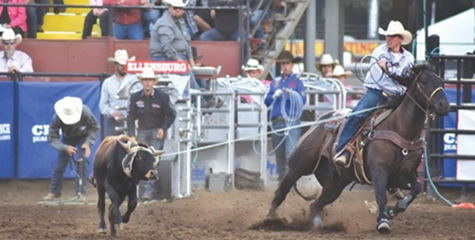 Kolton Schmidt is a 22-year-old Canadian native who is climbing the ranks in team roping and tie down. Born and raised in Barrhead, Alberta, Canada, the heeler was influenced to pursue the western lifestyle by his grandfather because team roping is a sport that has always been present in the Schmidt family. At age 17, Kolton was a CPRA rookie and the youngest qualifier for the 2011 Canadian Finals Rodeo where he won the average title with Tyrel Flewelling.

Kolton joined the Professional Rodeo Cowboys Association in 2013 and has earned $209,731 in his professional career. In 2016, Kolton finished 10th in the world standings for team roping and won $189,185.