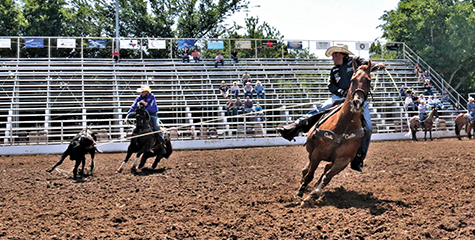 Team and tie-down roper, Coleman Proctor, is a Miami, Oklahoma native who has a very long history in rodeo. Coleman began team roping in middle school with fellow Purina ambassador and heeler, Jake Long. Since, the duo grew to the professional level, Coleman's PRCA earnings have totaled up to $734,033 since 2004. He has made three appearances at the Wrangler National Finals Rodeo from 2014 to 2016. In 2016, Coleman earned $30,026 under the PRCA after finishing 15th in the world and 13th at WNFR with partner Billie Jack Saebens. He and Saebens also won the RAM Prairie Circuit Finals Rodeo and the Bennington PRCA Rodeo. With Buddy Hawins II, Coleman won the McAlester ProRodeo.

Some of Coleman's career highlights include:

Learn more about Coleman at www.prorodeo.com