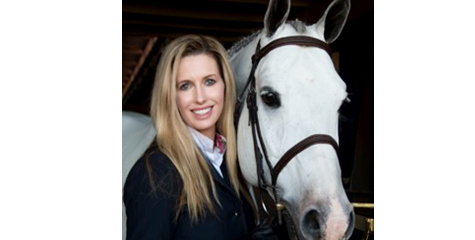 Hope Hobday Glynn began her riding career in Northern California riding Western, doing pony club, and showing Welsh Ponies, but over the past 25 years she has been a leading professional hunter rider in the country as well as held her judges card for over 20 years. She is the recipient of the CPHA Horseman of the Year, Arthur Hawkins Award of Excellence in Hunters, The Lorraine Lorimer Award for leading professional hunter rider of the PCHA, and has been the leading Southwest Derby Rider more than five times. She was Inducted into the Equus Hall of Fame and won the West Coast WCHR Spectacular three times. She was second in the Hits $500,000 Hunter Prix Finals twice as well as Reserve Champion at the International Derby Finals. Hope still holds the title for the most derbies won on multiple horses. She recently won the International Derby at the Great Southwest Equestrian Center, and the $25,000 WEC Ocala Derby. She is the proud mother and coach of accomplished junior rider Avery Glynn. Hope owns and operates Hope LLC, a sales and import business out of Northern California, and is busy launching Hope LLC consulting for equestrian based businesses.
Michael Bragdell
Jana Bean
Doug Payne
Ty Erickson