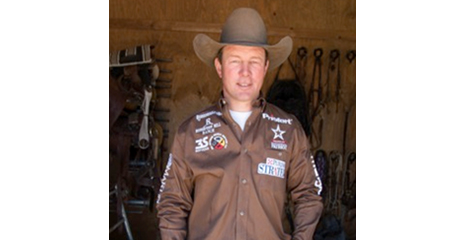 Luke Brown, professional team roper (header), is a native of Morgan Mill, Texas. Luke has made his name by climbing the ranks in world standings and Professional Rodeo Cowboys Association earnings. Luke has earned over $1.4 million since joining the PRCA in 1998. Since, he has qualified eight times for the Wrangler National Finals Rodeo, earned three WNFR average titles, finished 2016 third in the world, qualified four times for the RAM National Circuit Finals Rodeo.

More of Luke's accomplishments include:

Luke feeds Strategy to his younger horses and Equine Senior Active to his older horses. Luke feeds his horses twice a day. He also keeps grass hay in front of them and feeds alfalfa once a day.

"It's amazing to know the extensive research and testing that is done to know that they are providing the best products out there."