Print
There’s no getting around it. Pig manure stinks.

One source of the stink is nitrogen, a natural byproduct of digestion. In your pig manure pit, nitrogen converts into ammonia, one of the leading sources of manure odors.1

How Do EcoCare® Feeds Reduce Ammonia in Pig Manure?

EcoCare® feeds contain an ingredient to trap ammonia, as well as micro-organisms that optimize gut function during digestion and remain in the manure after excretion to keep digesting compounds that stink.

EcoCare® feeds were shown to reduce ammonia by 40 percent in research trials.2

Feed Your Pigs and Save Time 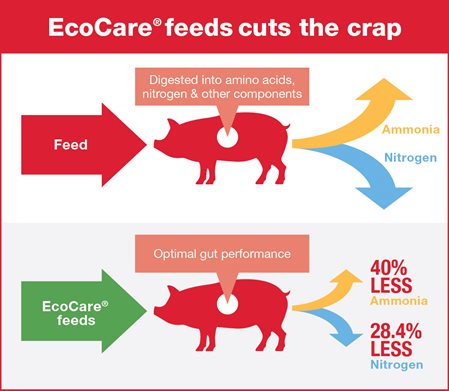 You don’t have to do extra work to save time cleaning and pumping. You just have to feed your pigs. EcoCare® feeds get to work inside the pig. No need for manure pit additives or additional agitation.

Keep Nitrogen Out of Water

Nitrogen doesn’t just create stink. It is one of the leading contributors of reduced water quality, along with phosphorous, another component of manure. Research showed grow-finish pigs fed EcoCare® feeds excreted 28.4 percent less nitrogen and 24.5 percent less phosphorous in manure.5 The ratio of nitrogen to phosphorous was optimized for crop fertilizer. The nutrients were distributed evenly throughout the manure, and the nitrogen was in a form readily available to crops. This supported efficient nutrient uptake and minimized the risk of nitrogen or phosphorous contamination of nearby surface waters.6

Connect with a local swine specialist to learn what EcoCare® feeds can do for you. 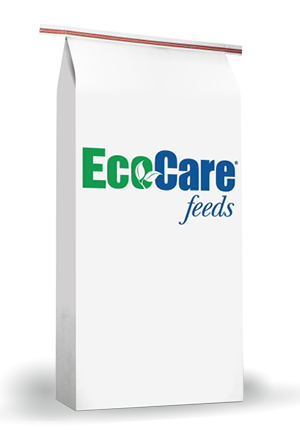