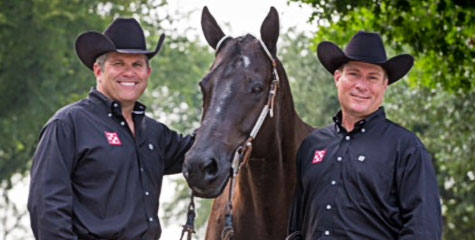 Highpoint Performance Horses located in Pilot Point, Texas, is where head trainers, Charlie Cole and Jason Martin specialize in a variety of events from Western Pleasure to Western Riding, Trail, Hunter Under Saddle, and Pleasure Driving to name a few. Both are AQHA Professional Horseman and Charlie is a certified AQHA Judge.

They have trained many of the top youth and amateur riders, with a goal to teach their riders how to ride and prepare their own horses. Horsemanship is one of the classes where Highpoint’s students have excelled, winning many Congress and World Championships.  Charlie and Jason stand several of the industry’s leading all-around performance stallions.  In addition, they own nationally competitive barrel horses, including the stallion Slick By Design, who have run at the 2013, 2014 and 2015 National Finals Rodeos.

Learn more about their program at highpointperformance.com