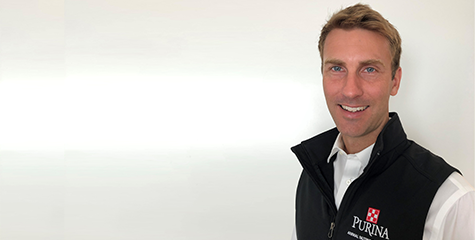 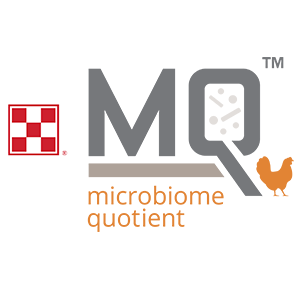 Poultry production is complex, and every health challenge is different. The Purina poultry team recently investigated a disease challenge impacting a flock of layers and found a co-infection of two pathogens where we had anticipated finding only one pathogen. Targeted microbiome sampling allowed us to accurately characterize the challenge, and further analysis identified a customized solution.

Here’s what we learned:

A Midwest-based operation was facing a significant and consistent disease challenge. Two flocks were evaluated and compared in this study: One flock that was currently experiencing the disease challenge and another flock at a different site that did not have the challenge. The flocks were from the same breeder flock, were the same age, and raised in the same cage-free conditions.

The challenged flock was experiencing severe dermatitis, mortality and a subsequent decline in egg production. Skin lesions appeared in the same spot on every bird – just above the preen gland. The lesions did not appear to be associated with pecking, scratching or other injury. This condition has come to be known as focal ulcerative dermatitis, or FUDS.

In the healthy flock, mortality was low, egg production was good, and at no time were any FUDS lesions observed.

We suspected a possible imbalance in the microbiome of the affected birds, allowing the overgrowth of pathogenic bacteria. Further investigation was needed to determine whether the imbalance was in the gut, on the skin or both.

We collected samples from multiple tissue locations from affected and un-affected birds in the same flock. Samples were also collected from a sister flock (control) for comparison.

The samples were analyzed using 16s and whole genome sequencing technology, which allows us to fully characterize the members of the microbial population.

Data showed dramatic differences in the gastrointestinal microbiome (ileum, cloaca, cecum) of the FUDS flock compared to the control flock. The greatest difference was in the abundance of Lactobacillus in the ileum, which was reduced in birds with FUDS lesions.

Skin samples collected from birds with FUDS lesions had very high numbers of two species of Staphylococcus – S. agnetis and S. aureus. – We also found reduced levels of Lactobacillus which we believe is linked to the changes in the gastrointestinal tract.

Bacterial culture and whole genome sequencing of samples from the skin and poultry house environment confirmed the presence of S. agnetis and S. aureus in high proportions compared to other Staphylococcus species.

Once we had identified the two bacterial species causing the disease, we went to work developing a customized solution.

Through the Purina® Microbiome Quotient™ service, we work side by side with your veterinarian, nutritionist and production team to identify a disease challenge, investigate the specific microbial cause and recommend a customized solution.

Are you interested in a customized solution? Contact our team today and ask about the Purina® Microbiome Quotient™ service.
Article
Every Poultry Disease Challenge is Unique: Targeted Microbiome Research Helps Deliver Customized Solutions