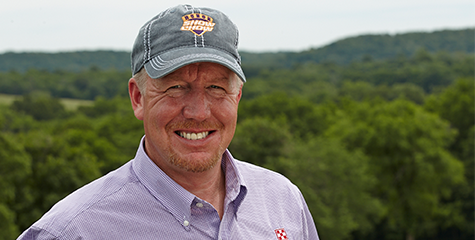 Print
Lambing is the most important activity that occurs in the sheep flock each year. Success or failure during lambing season is the largest single factor affecting the profitability of the sheep flock. Producers need to help stack the deck to ensure a successful lambing season.

As lambing season approaches, the ewes that are closest to lambing should be sorted out as they will require more attention. This is determined by using the breeding dates and physical appearance of the ewes. If there is enough room, this pen of ewes should be locked up at night. Never put ewes into lambing pens if they have not lambed as they may not have enough room to get the lamb out. Be sure they are finished lambing before putting ewes into lambing pens.

Observe ewes more frequently during lambing season. Observe the ewes as inconspicuously as possible. Upsetting a pen of ewes will sometimes interrupt an ewe that was in the early part of labor.

The udder becomes engorged, swollen and slightly red. Ewe lambing signs also include the vulva stretching out and becomes red and swollen. Often, an ewe will miss a feeding or separate herself from the flock shortly before labor begins. 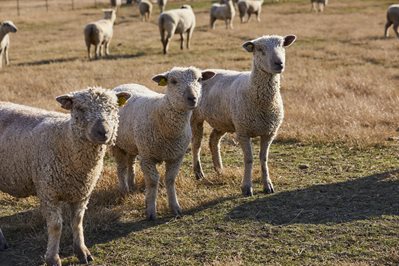 The sheep birthing process starts when the ewe begins contractions and begins getting up and down frequently. She will paw the ground. The ewe will lie down and push with her nose up in the air. At this point, leave the sheep alone and don’t disturb. Observe them quietly.

Allow the ewe to claim the newborn lamb and dry it off. You can assist, if she will let you. Make sure the ewe isn’t going to have another lamb. Put the ewe and lamb in the lambing pens. Shake out two flakes of straw in the lambing pens. Setup the heat lamp. Don’t set up the lamps to low or it will burn the ewe. Clip and iodine the navel. Clip the navel to one inch long and dip in 7% iodine.

Strip the teats. Make sure the milk is flowing from both teats. Make sure each lamb gets a good drink. Wait till the lambs have nursed on their own before giving the ewe a flake alfalfa hay and water.

If the lambs have arrived before you did follow the same steps. Check the ewe and lambs again in 1 ½ hours to make sure the ewe owns the lambs and they are nursing properly. The ewe will normally pass the after birth in one or two hours. Do not attempt to pull the after birth out.

How to help a sheep give birth

If the ewe is having trouble getting the lambs out, you may have to assist with the sheep birthing process. Use the ewe restrainer to restrain the ewe. Use the sleeves and O.B. lube provided. Check the ewe to make sure the ewe is fully dilated. Be sure all the legs and head belong to the same lamb. Alternate pulling one leg then the other, at a slightly downward angle. Place the lamb in front of the ewe.

Unfortunately, lamb death may occur during the sheep birthing process. If an ewe has a dead lamb, dispose of the lambs and any birthing fluids properly to prevent disease and deter predators. It is always good practice to wear disposable gloves or sleeves when handling dead lambs or birthing fluids. If the ewe only has dead lambs, put her in a lambing pen that has been strawed. Decrease the quality of her hay, provide water and do not feed her any grain supplement. The idea is to reduce energy consumption in an effort to save her udder and dry her up without mastitis complications. It is not recommended to strip her teats if she isn’t nursing a lamb. In some cases, another lamb can be grafted on to this ewe. 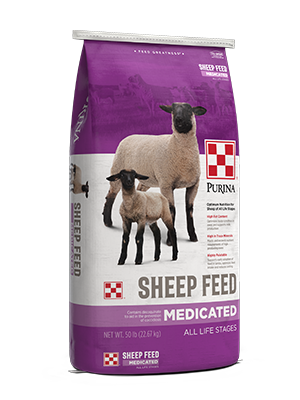 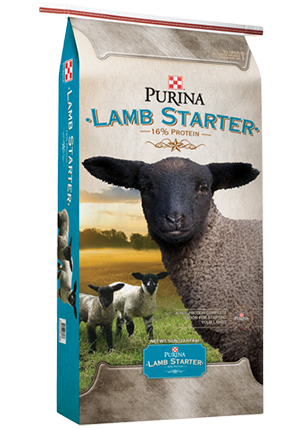