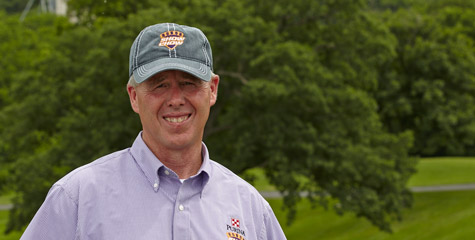 All feeds are NOT created equal!

With more than 40 years of cattle show experience and his position as a Purina Honor® Show Chow® Ambassador, Bob May believes all feeds are not created equal.

As an Honor® Show Chow® Ambassador, Bob educates kids on the fundamentals and showing techniques of cattle. He has shared his knowledge on buying, selling and showing cattle at clinics across the country. As an Ambassador, Bob is always asked why customers should try Purina.

"I didn't always feed Purina," Bob said. "I would see other people having success with it and I thought to myself, 'we need to try this.' So we switched our feed over to Purina® feed and saw wonderful results. The cattle stayed on the feed really well, and we had great showing success with it."

Showing cattle has always been in Bob's blood, since his father showed registered Angus cattle. It was a combination of hard work, competitive spirit and sheer determination that led Bob to make a career out of buying, selling and showing cattle. The number of cattle Bob has varies quite a bit at different times of the year.

"I travel doing clinics in all parts of the country with Purina," Bob said. "It's been a very rewarding experience, and the longer I do the clinics, the more I enjoy them. It's nice to give back to an industry that has been good to me."

For Bob showing animals continues to be a family affair, strengthening his bond with his children, Shey, 27, Jacqueline, 25, Brock, 18, and Lauren, 12.

"For my wife, Jodi and I, being involved with our children and showing is a great family experience," Bob said. "Just spending time in the barn helping and working with their animals is a treasure because you get to spend that much time together with your kids."

Some advice Bob always shares with his children about showing is about hard work and dedication.

"There's no shame in not winning," Bob said, "unless you have been out worked."

Lauren May won the NWSS prospect show with her steer in 2010 and will go to her first State Fair in 2012. She also shows pigs and won the showmanship at the American Royal in 2011.

Ambassadors of Purina Animal Nutrition LLC are compensated in connection with their participation in the Honor® Show Chow® Ambassador program.