Print
The lights had gone out.

Randy Hanshaw was in the darkest trenches of the horse world, a kill buyer’s lot. Hanshaw, a long-time horse enthusiast, and operator of Pasture Time Equine Sanctuary in Fredericksburg, TX, a participating shelter in Equine.com’s A Home for Every Horse program, was on a mission to save a horse and give that horse a home.

He wanted to buy them all, but he could afford to save only one draft horse that day. Hanshaw had already identified the horse to add to his rescue: A Belgian draft mare to be named Corinna. Corinna was standing next to an emaciated Belgian gelding. When Hanshaw looked into the horse’s eyes, he saw nothing but a vacant expression - the lights seemed to have gone out.

Hanshaw mulled the decision that so many horse lovers have made; he didn’t know how, where, or even if he could afford to save both horses, but he knew he must also save the nameless horse. He bought both the Belgian gelding and Corinna, making room in his trailer, his barn, and his heart for two more horses.

Like so many horses sold at auctions, the Belgian gelding’s history was lost in the shuffle. The only detail that remained was that the horse wound up in Louisiana, headed for slaughter.

Without a past name for the horse, Hanshaw named his new friend Beau. Beau’s first matter of business was to get checked out by Hanshaw’s veterinarian. The veterinarian had bad news: Beau looked very old, perhaps 25. Though he stood 17.2 hands, he was 500 pounds underweight and had a severe upper respiratory infection.

“He doesn’t have long to go,” Hanshaw’s veterinarian said.

Despite the grim prognosis, Hanshaw decided to try and save Beau. He looked at what it took to protect his health, introduced him to the other horses, and found a diet that could put some weight back on the horse. Hanshaw had hoped that good old fashioned country living could help Beau recover and, if not then, at least he’d be comfortable in his final days.

Corinna had similar dire health problems. Much like Beau, she was a severely underweight horse and was getting worse. Corinna had severe diarrhea and was refusing all food including hay. Trips to the veterinarian produced only temporary results, and everyone was preparing for the worst. Nevertheless, Hanshaw was confident he could help the horses recover.

The Road to Recovery
Since Beau and Corinna were so underweight, getting calories and feed into them was of utmost importance. Neither horse would eat hay, and Beau didn’t recognize carrots or apples; treats a healthy horse might find tasty.  He wouldn’t even eat soaked alfalfa cubes top-dressed with corn oil.

Hanshaw had previous success with Purina® Equine Senior® feed and knew it might be the best chance for the rescue horses to gain weight—especially because it was a complete feed and Beau and Corinna were both refusing hay.

Hanshaw spoke with his local Purina Representative and TSC Associates to learn more about feed options.

They explained that one of the difficulties with feeding underweight horses was the need to feed them a high-calorie and high-fat horse feed. Feeding a high level of fat can often be a challenge because it is at odds with what a horse naturally wants to eat. Horse owners often have the instinct to pour oil on grain to put weight on horses, but this practice can reduce the palatability of the feed, and the horse may refuse to eat it.

With this in mind, Hanshaw gradually introduced both horses to Equine Senior® feed.

“We started them on Equine Senior® feed because it's easy for a horse to chew,” he said. “We like that it's a complete feed, so it gives them the nutrients that they need, and it also gives them enough bulk to keep their digestion going.”

Beau gobbled up the Equine Senior® feed in spite of seeming to be a hard keeper. Corinna showed major improvements after two days, and her appetite returned. After two weeks of consistent consumption of the complete feed, Hanshaw says that Beau looked noticeably better. And, though a course of antibiotics didn’t seem to help at first, after about a month his infection cleared up.

“Beau’s appetite really started to increase,” Henshaw smiles.” He was eating a great deal of Equine Senior® feed, as much as forty pounds of feed a day!”

After Corinna had switched to a steady diet of Purina® Equine Senior® horse feed her weight stabilized as well, and she began eating hay again. With her new environment and care, her health improved enough that she attracted the attention of Hanshaw’s neighbor who adopted her. She moved just a few minutes away, freeing up space at Pasteur Time Equine Rescue for a more needy animal.

Even though Beau was improving, Hanshaw suspected there might be another lingering problem. He asked his veterinarian to come back and take a look at Beau’s teeth. Hanshaw’s veterinarian confirmed his suspicions, noting that Beau’s teeth had never been floated, and they were some of the worst teeth he had ever seen. There was also a startling discovery made about Beau; his teeth indicated that his actual age was only thirteen or fourteen years old.

“Beau’s previous condition was so severe that an accurate age estimate was impossible,” Hanshaw recalls.

Shortly after having his teeth floated, Beau was able to start eating hay again. The changes helped the horse return to a normal feed consumption level. The color also started to return to Beau’s coat, going from a muddy brown to a brilliant roan color.

The transformation took just six months. Today, the once emaciated horse Beau is at 100% of his proper weight. Hanshaw says the lights are back on in his eyes, and he has a new romance in his life. An older Belgian mare originally from Pennsylvania has taken a shine to him.

Randy’s horse rescue story is provided as an individual’s experience with Purina® horse products and is not a representation of actual results that can be guaranteed. Because of factors outside of Purina Animal Nutrition LLC’s control, individual results to be obtained, including but not limited to: financial performance, animal condition, health or performance cannot be predicted or guaranteed by Purina Animal Nutrition LLC.
Article
Equine Gastric Ulcer Syndrome
Article
Feeding Metabolic Horses: Risky Business or Simple Solutions
Article
What Should I Feed My Horse Who Was Recently Diagnosed with Cushing’s Disease?
Tools
Horse Feed Calculator
Video
Carbohydrates in Horse Feed - Myths and Recommendations
Video
Feeding Your Horse with Special Needs
Campaigns
60 Day Trial
Campaigns
Feed Innovation 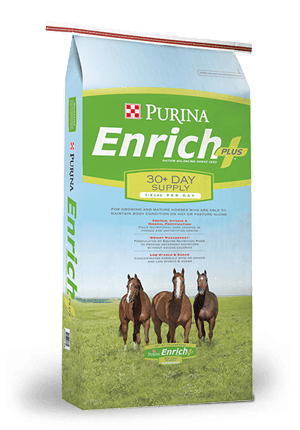 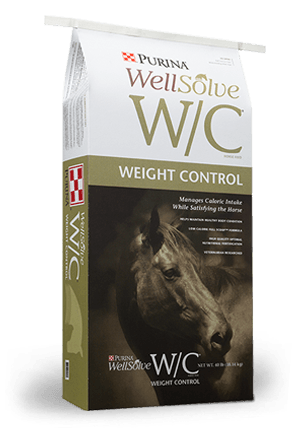 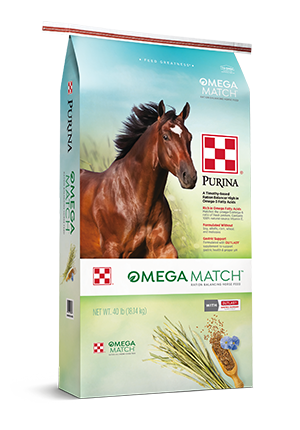