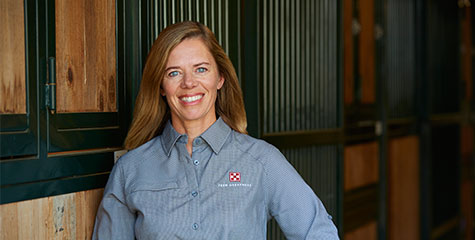 Print
We’ve all heard this barn tip: feed hay before grain (or as we like to call it, concentrate) to slow your horses’ feed intake.

And we all want horses to eat slowly, not choke and enjoy their meals.  But is it really true that feeding hay first will slow the intake of a concentrate meal? It could be a helpful management tip if the effect was real, but some horses seem to gobble up their feed, regardless of when they are fed.

This question led our equine research team at Purina Animal Nutrition in Gray Summit, Missouri, to test the hypothesis that feeding hay prior to a concentrate meal would slow a horse’s rate of intake. Also, other factors were examined, such as time of day, type of concentrate (textured feed versus pelleted feed), and how long the horses were adapted to the diets, to see if these factors further affected their rate of consumption.

The study
The team utilized 10 of the farm’s Quarter Horse geldings between the ages of 4 and 12. The horses were randomly assigned to one of five feeding regimens, and they were kept on them for 5 days.  Each week, they were switched to another treatment until all of the horses received each treatment which consisted of the following. The amount of concentrate feed offered at each feeding was 4.0 lbs and hay was offered at 0.5 percent of body weight for each horse. Feeding times were 7:30 a.m. and 2:30 p.m. Monday through Friday. All measurements of intake were taken with our in-house feeding scale system that allows us to measure every bite of hay and every bite of concentrate that these horses eat at the same time.

The results
By the end of the study, the hypothesis was proven correct that the horses consumed concentrate (grain) feed slower when hay was fed before the concentrate meal. The horses also ate their textured feed a little more quickly than their pelleted feed.  When horses received their textured or pelleted feeds at the same time as the hay, they naturally ate their concentrate meals first, and quicker than if they had been offered hay offered first.  The time of day the meal took place did not influence the rate of concentrate consumption, but the rate of hay consumption was higher in the morning than in the afternoon for all groups of horses. During the study, we also observed that horses expecting their textured feed acted more impatient (pawing, banging their feed pans around) and they ate the least amount of hay when it was fed prior to the concentrate!

In conclusion, feeding your horse hay prior to concentrate can help slow down the rate of intake.  This can be an important management strategy for horses prone to rushing their meals.  In the end, this historical barn tip has been proven true for now.  If you have a horse that eats too quickly or is prone to choke, feed hay first to slow him down.
Tools
Horse Feed Calculator
Campaigns
30 Day Trial
Campaigns
Feed Innovation
Campaigns
Outlast
Tools
Feed Finder
Campaigns
Equine Senior
Campaigns
Full Rein
Campaigns
Horse Care Tips 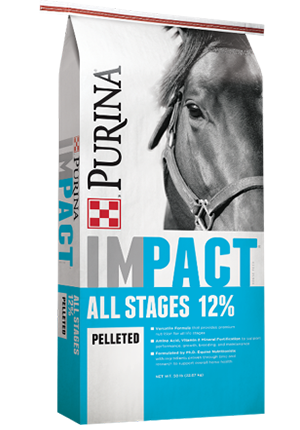 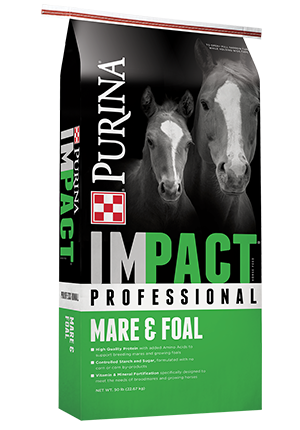 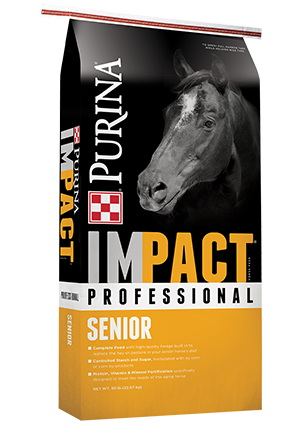