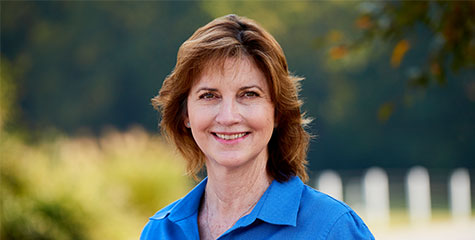 Print
Years ago, when a horse became nervous, irritable, “cinchy”, dropped in performance level or went off feed we would often think it was a mental issue - just a bad minded horse.

Horses with recurrent bouts of colic were often a mystery. We had no idea what may have been going on inside many of them.

During the last two decades a tremendous amount of research has been conducted on Equine Gastric Ulcer Syndrome (EGUS). Studies have revealed that over 90% of race horses and 60% of sport and show horses develop gastric ulcers. Even broodmares and foals reportedly experience EGUS with over 50% incidence documented in multiple research studies. It’s been estimated that half the horses with ulcers show no specific clinical signs of the condition, but many others do and performance is often negatively affected.

Much of the early EGUS research focused on diet. Performance horses usually eat higher levels of grain than their pastured counterparts, who typically have a lower incidence of gastric ulcers. However, more recent research reveals that diet may not be the single cause or even the primary cause. Instead, many factors influence the development of EGUS, including exercise, restricted feed intake, environmental stressors (e.g. transport and confinement) and the use of non-steroidal anti-inflammatory drugs (NSAIDS) such as phenylbutazone and flunixin meglamine.

When horses exercise, abdominal pressure exerted on the stomach reportedly causes the stomach to compress. This results in splashing of stomach acid up into the non-glandular region of the stomach, which is a common site for gastric ulcers. This compression occurs at the trot and the lope but returns to normal at the walk. Exercise also increases the acidity of the stomach. A healthy horse’s stomach pH varies throughout the day but even with constant access to hay, the pH averages around 4, which is acidic.  Acid is important for the early digestion process in that segment of the digestive tract but horses continuously secrete acid which can drive pH below 4 for extended periods of time and increase the risk of irritation to the stomach lining. The pH measured when the horse is walking remains above 4 but becomes significantly more acidic at the trot and lope.  The pH has been reported to stay below 4 until the horse returns to the walk. In another study examining the effects of exercise on gastric health, two groups of horses were fed the same diet, one group was routinely exercised and the other group left sedentary. None of the sedentary horses developed ulcers but 5 of the 7 exercised horses had ulcers at 12 weeks.

Transporting and training horses can also increase the risk of EGUS. In one study, 10 horses were maintained at a “home” facility while 10 others were hauled 4 hours away, housed in stalls, fed and exercised twice a day, then hauled back on the fourth day. In this study, all horses were fed the same diet and no horses had ulcers on the first day but by the fifth day, seven of the hauled horses had ulcers while only 2 of the non-hauled horses had gastric lesions.

The fasting/feeding cycle that many horses live under is also a significant risk factor for EGUS.  Stomach pH stays below 4 most of the time during a 24 hour fast. When fed free-choice grass hay, stomach pH still fluctuates, but is above 4 for much of that time. It would be expected that a diet of straight grass hay would be more beneficial to stomach pH than a diet of grain and alfalfa hay but, horses fed moderate levels of grain with alfalfa hay had less severe non-glandular gastric lesions than horses fed straight brome grass hay. Alfalfa has been reported to buffer the horse’s stomach for up to 6 hours after a meal,

We are certainly not going to stop riding, hauling or competing on our horses but we should try to do things to help minimize the risk of them developing EGUS because it can really affect their performance and can be quite painful. Management modifications such as feeding smaller, more frequent meals and including some alfalfa in the diet may help reduce the occurrence of EGUS. Since the buffering effect may last only a few hours, horses at risk for EGUS should be fed at least 3 to 4 times a day and fed a maximum of 5–6 lbs. of grain per meal. While you don’t want to ride a horse hard immediately following a large meal, it has become evident that you don’t want to exercise a horse on a completely empty stomach either. Some researchers recommend feeding a small meal, 2–3 lbs. of alfalfa hay, within a couple hours of beginning exercise and during hauling. Reducing stress and providing ample turn-out time with pasture grazing can also help.  Anecdotal reports suggest that horses turned out with other horses and especially with the same horses on a routine basis may be at lower risk for developing ulcers. This type of turnout is not an option for many horses being hauled extensively, but many of the management suggestions can be easily implemented.

Specific diet recommendations for horses with a history of developing gastric ulcers must focus first on delivering the appropriate nutrition to support the age and activity level of the horse. They need to get appropriate nutrition designed to support their workload and maintain overall health. Choosing the feed that is well fortified and can meet these dietary requirements in lower feeding rates and then feeding in smaller, more frequent meals would be an advantage. Pay attention to minimum recommended feeding rates though because feeding less than those amounts will mean that the horse’s nutrition requirements are not being met. General guidelines would suggest there may be benefit from choosing a formula with lower levels of cereal grains that utilizes more fat and fermentable fibers to supply the calorie needs.

There are several Purina® premium horse feeds that are appropriate to feed horses at risk for gastric ulcers. Most often, Purina® Ultium® Competition Formula horse feed is chosen for the high calorie content, low starch and sugar/high fat and fiber formula that provides an excellent nutrition level to support hard working performance horses. When horses have high calorie needs, Ultium® Competition Formula meets those needs in the lowest feeding rate. For horses with lower daily calorie requirements, those that can’t eat at least 3 – 4 lbs of Ultium® Competition Formula without getting too fat, Purina® Strategy® Healthy Edge is an excellent choice.  Then, for those horses with very low calorie requirements, who essentially stay in good condition eating hay or pasture alone, Purina® Enrich Plus® is the appropriate choice. This low-starch ration-balancer will meet protein, vitamin and mineral requirements in 1 – 2 lbs per day for horses not needing feed for additional calories. Purina® Equine Senior® Active formula is also a very appropriate choice for horses in their mid-teens or older who may be very competitive and can still effectively chew and digest hay.  Purina® Senior® Active also has a lower starch/sugar, higher fat/fiber formula and has the added benefit of ActivAge® prebiotic which has been shown to support immune function in aging horses.

As studies reporting the high incidence of EGUS in performance horses, broodmares and foals continued to be published, researchers at Purina began to search for better ways to help horses. The European College of Equine Internal Medicine Consensus Statement, published in the Journal of Veterinary Internal Medicine in 2015, reviewed EGUS research published to date and summarized the pathophysiology, diagnosis, treatment and included a section discussing the many contributing risk factors. This statement highlighted the role gastric acidity plays, going as far as to say, “no acid, no ulcer.”  While the acidic nature of the stomach is an important stage in the normal digestive processes, prolonged exposure to acidic gastric juices has been identified as a primary cause of non-glandular gastric ulcers in horses. This concept is the basis for the development of Purina® Outlast® Gastric Support Supplement, which contains a natural, marine-derived mineral complex with a unique structure that lends to enhanced buffering capabilities. Extensive research over several years, followed by multiple field trials in horse under a variety of conditions and situations, proved that feeding Outlast® Gastric Support Supplement supports gastric health by supporting proper gastric pH. This effective technology has also been built into the feed formulations of Ultium® Gastric Care, Race Ready® GT and now Strategy® GX Professional Formula and Strategy® Healthy Edge. This entire line of products support the Purina® Equine Gastric Health Program which includes recognizing risk factors, working with your veterinarian to properly diagnose and treat existing ulcers, and implementing management and dietary programs to support optimal comfort and gastric balance.

Clinical symptoms of EGUS include behavioral changes, loss of performance, acting interested in eating but quickly becoming irritable and walking away from feed, recurring mild to moderate colic, a decline in body condition and a general unthrifty appearance. These symptoms are suggestive but are not specific only to EGUS, so horses showing any of these symptoms should be examined by a veterinarian. Treatment with prescribed medication is the only proven method for healing existing ulcers. Overall, changes in diet and management, along with good veterinary care, can help reduce the chances of ulcers recurring and, even better, decrease the risk that they occur at all.

By recognizing the signs associated with gastric discomfort and adjusting management and dietary practices, you can help support your horse’s gastric health. Learn more about your horse's gastric health and Outlast® supplement. 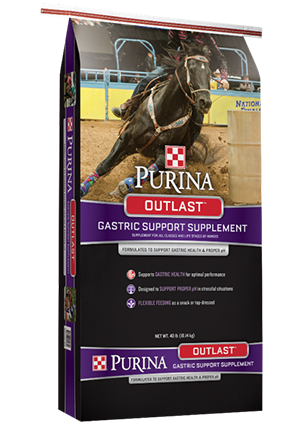 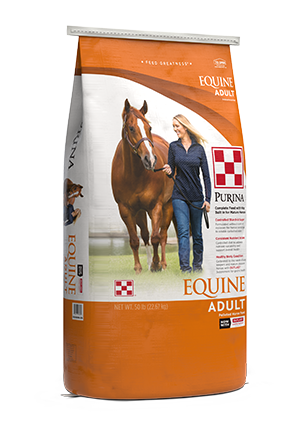