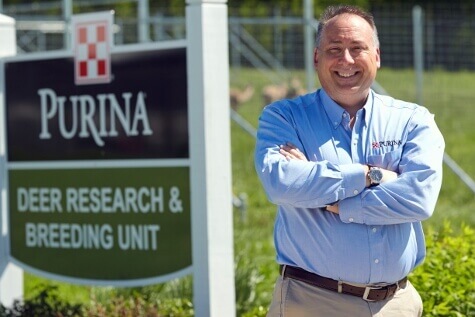 As bucks enter the new year, they may need to continue gaining body weight and body condition lost during the rut, therefore supplemental feeding needs to be continued.  As bucks cast their antlers, antler growth starts slowly the first month and accelerates the next two months7. The buck’s energy requirement increases 8-16% due to antler growth4. When nutritional resources are available, bucks are able to allocate the extra nutrients to antler production2. Therefore, when winter food resources become limited, supplemental feeding allows bucks to continue to put energy and nutrients into antler growth.

Does bred in the fall and pregnant have a minimal increase in energy and nutrient requirements during the first and second trimester. The fetus grows over 350% during the last trimester of pregnancy1, also called gestation. A doe with twins will have an energy and protein requirement increase of 176% and 201% over early gestation, respectively6. If the doe is carrying triplets or quads, the energy and protein requirements further increase.  While the last third of gestation often coincides with spring green up, if the doe is bred early, the last third of gestation could occur in the winter when food resources are more limited and supplemental feeding would be beneficial. Does that receive supplemental feeding as part of their deer management program potentially have generational impact to allow future doe and buck fawns to express a greater percentage off their genetic potential3,5.  Additionally, Verme and Ullrey (1984) noted a relationship between maternal nutrition and neonatal mortality8. Does on a high plane of nutrition had lower fawning losses and heavier fawns than does on a lower plane of nutrition.

Fawns like adult deer decrease their metabolism overwinter to help survive the nutritional stress they may encounter. During normal winters, the native forages provide enough nutrients for the fawns to survive.  If winters are extended, and the deer’s metabolism increases, supplemental feeding will help the fawns survive the winter until spring arrives8. Also, doe fawns that may have been bred in the fall need additional nutrients not only for gestation, but to continue to grow themselves.

Year-round supplemental feeding is a vital component of deer management.  In each season the deer’s nutritional needs change and their environment is never consistent.  Supplemental feeding in late winter and early spring helps the bucks start the process of antler growth, supports doe reproduction and fawn growth. 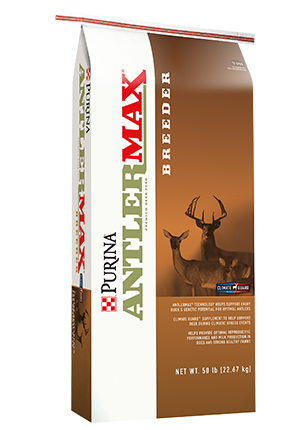 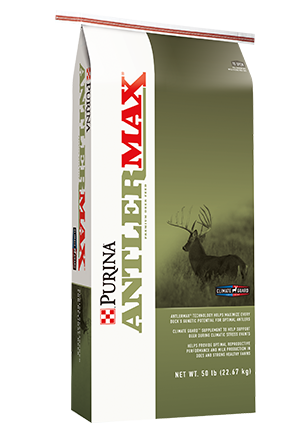