A New Era in Calf Nutrition

The research and knowledge base behind feeding calves and what the long-term impact calf nutrition has on milk production has grown exponentially in recent years.

Historically, calves have been fed a milk replacer twice a day consisting of 20 percent protein and 20 percent fat for approximately 60 days. The calf is then weaned and moved to calf starter and later moved to a forage diet. All of these steps have typically been done as quickly as possible with the thought being that as soon as the calf is on hay, heifer-raising costs are reduced.

But new research and field data tells us this feeding methodology does not allow calves to reach their full potential. Because we’ve been doing it the old way for so long, it is going to be a huge paradigm shift for the dairy industry to feed calves in a new manor.

Investing in the early nutrition status of the calf or Full Potential feeding, both in milk replacer and calf starter, appears to have significant long-term impact on lactation performance. Achieving more milk and optimized overall health of the animal could have significant impact on your bottom-line.

First let’s look at what the data tells us. Research by Dr. Mike Van Amburgh shows that growth rate and nutrient intake prior to weaning has a more direct and significant effect on milk yield than genetic selection for production.

His work also shows that when a calf is fed a nutrient supply above maintenance, the calf will be set up to become a better lifetime milk producer. His research also shows that a one-pound increase in average daily gain prior to weaning may increase first lactation milk yield as much as 700 pounds.1 Therefore, it is critical to maintain the calf on the same starter fed along with the milk replacer during this period to optimize calf performance.

Weaning is the next piece of the puzzle for Full Potential feeding. The weaning stage is often an overlooked area as dairymen typically want to move their calves straight to a forage diet and then essentially forget about the heifers until they are ready to be bred. Unfortunately it’s not uncommon for heifers to suffer a major growth slump during the weaning period or shortly thereafter. Researchers at Purina Animal Nutrition and The Ohio State University have discovered that changing what calves are fed during this time period can help to skip the growth slump. And, this stage can have a significant impact on the future of your calves.

Furthermore, this time period is all about developing rumen papillae and preparing the calf’s rumen to digest the high forage diets that she will consume during the lactating period of her life. If the rumen is not prepared right and rumen papillae are not grown properly the calf will not be able to obtain the nutrition that she needs to grow and develop. Later in life the amount of nutrition the cow will be able to absorb to maintain a calf and produce milk to her full potential will also likely be diminished.

To properly develop the rumen Purina Animal Nutrition has developed a proprietary blend of ingredients that can be fed starting at 12 weeks of age through 24 weeks of age. AMPLI-Calf® Grower helps promote the right combination of volatile fatty acids that optimally develop rumen papillae. Well-developed rumen papillae allow the calf to absorb the nutrients from the diet fed. In turn calves receive the nutrients they need to grow faster and reach puberty and breeding size sooner than conventionally fed calves whose rumens are undeveloped.

The added financial potential is if calves reach breeding size sooner, age at first calving can be reduced. Industry data suggest that each month calving is delayed beyond the 22-month target costs dairy producers approximately $100 per animal. 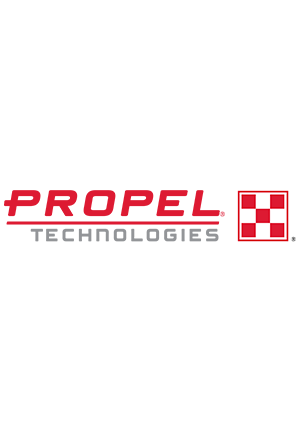 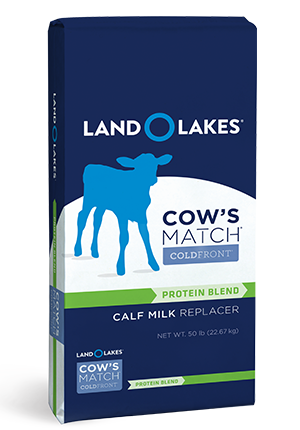 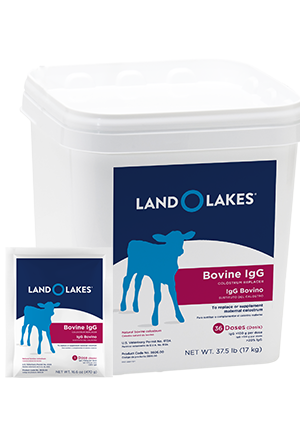